Have you ever wanted to visit a Haunted Hotel? How would you like an entire night under the same roof with a few ghosts?

Have you ever wanted to go on a real ghost hunt?

Now is your chance! Check these out! Make your own episode of “Ghost-Hunters”.

Top haunted B&Bs to visit and explore are out there and waiting for your visit. Take a vacation on the scary side and seek out spooks and specters around the country by staying at the country’s most haunted B&Bs and Inns. These B&Bs have been rated the top haunted B&Bs by various organizations. Haunting, now that’s a vacation to remember. I’m going to give you several options around the country. Regardless where you live you can take in a good ghost hunt. Why visit a hunted B&B. If you find yourself drawn into an episode of Ghost Hunters or you are a follower of Blair Witch Project, just think about inserting yourself into your very own Paranormal Activity.

STOP – Before you start out on your Ghost Hunt adventure grab one of these books. Not having one of these guides is like taking a road trip with no road map – disaster!!

If you're one of the countless fans of ghost hunting TV shows itching to get off the couch and track some spirits on your own, this book provides everything you need to know to conduct a successful paranormal investigation.

Professional ghost hunter Rich Newman shares proven scientific methods, tried-and-true low-tech approaches, and the latest technology used by the pros. You'll learn what ghosts are, why hauntings occur, the different types of supernatural phenomena, and the importance of conducting responsible investigations. Find out how to form a team, interact with ghosts, gather and examine evidence―and what not to do when seeking spirits.

Along with helpful hints, insider tips, and seasoned insights gained from Newman's decade of fieldwork, Ghost Hunting for Beginners is peppered with true accounts of ghost stories from famous cases and the author's own investigations.

Ectoplasm…cold spots…orbs…everyone loves a real-life ghost story! Ghosthunter Melissa Martin Ellis takes you on an exciting journey into the supernatural world of haunted sites, restless souls, and messages from beyond the grave. You'll learn about the most up-to-date technology, such as motion sensors and highly sensitive digital cameras, as well as the supernatural phenomena themselves, including:

With expert advice on everything from picking a haunted location to setting up cameras and dealing with unwieldy ghosts, The Everything Ghost Hunting Book, 2nd Edition shows you how today's investigators use the tools of modern science to study a wide range of paranormal activity.

Don't take my word for it – read the reviews on these two books and pick one for yourself!! Click Here!

The name alone should give you a little shiver, why wouldn’t it be haunted. Remember Lizzie Borden – she commits the infamous murder of her parents in 1892. According to the morbid sing-song verse: “Lizzie Borden took an ax / And gave her mother forty whacks / When she saw what she had done / She gave her father forty-one.” Book a stay at the Lizzie, and you can sleep (or try) in the actual room where her parents died.

Captain William Grant built this large New England home for his wife, Mercy Adelaide Avery, in 1754 during the Revolutionary War. As the story is told, Captain Grant died at sea.  Adelaide died, never seeing her husband again and buried in a cemetery across the street. Adelaide now haunts the inn as she anxiously waits for her husband to return from the sea. Guests who have stayed in the Adelaide Room say that she has knocked down shower curtains, messes around with the TV, and is noticed moving around on the staircase. There have also been reports that she has been seen with two children. If you visit this Inn and feel a slight caress about your face or notice the appearance of a light mist in the air, it could be the ghost of Adelaide checking in!

The Queen Anne Hotel sits amidst history in the Pacific Heights between the Victorian and Edwardian mansions, which are also known as the “Painted Ladies.” The Queen Anne was initially Mary Lake School for Girls, a girl's finishing school. This hotel is a step back in time, mixing luxury and a little creepy all in one. If you dare, explore the hotel, take the elevator to the third floor and take in the paranormal activity. The most haunted area is the fourth floor where Miss Mary Lake is said to roam about still tending to her headmistress duties. There is reported unexplained cold areas on this level, and the headmistress has been seen briefly in mirrors. The Queen Anne is haunted by friendly ghosts as verified by actual psychics and paranormals. Please consider a visit!

Ever imagine spending the night in a caboose? At this B&B you can choose from nine different theme cabooses. These individually decorated quaint cars intrigue guests, but it’s the Celebrations Caboose that garners attention. It has been reported to the innkeeper that a man in striped pajamas can be seen walking around the Celebrations caboose.  The Inn renamed the Celebrations caboose to “The CaBOOse” because the apparition had been seen so frequently in that car. It goes without saying that every year several people report seeing the man in the striped outfit roaming about this property. If you are looking for a haunting experience, this may be worth a look!

The ghost here is believed to be the husband, Mr. Newkirk, of the only family who ever lived in the house. He died here and now is reportedly a friendly presence in his old bedroom. The ghost seems happy with the way they keep his room and how they treat the guests. The sightings seem to occur when a single woman stays in his room, The Lone Star Room. Two women report they awakened in the middle of the night feeling like someone was lying on the bed beside them when no one was there. A third woman said that she felt a presence in the corner.

There are a couple versions that tell of this Boutique Hotel being visited by friendly spirits. Over the years, the current owners have reported hearing stories about guests who see the “friendly spirits.” Guests told how they saw an apparition of a woman in white sitting in a rocker with two babies. Another account reports how guests were awakened one night by lights in the hall. Upon investigation they found an elegant woman draped in white holding two “bambinos”. There have been various reports of different spirits throughout the years seen living in the Inn. It was said that the owner has declined offers for exorcists to remove the spirits stating they feel protected by the spirits and they provide company.

Several psychics have visited the Pine Crest Inn and have described it as an “energy vortex.” Visitors say they hear voices; a voice greets the chef “Good Morning!” Dishes, utensils, and plates spin around shoot across the table. Furniture moves around a room right before the staff’s eyes. There was a report from a previous employee that a dresser was pushed across a door while he slept and his clothing thrown around the room. There have been many other strange and unexplained noises reported by the staff within the Inn late at night.

If there is one city that conjures up the idea of hauntings and spirits, it’s New Orleans. New Orleans has a sordid past that puts it right at the top of the most haunted.  The Magnolia Mansion is said to have only benevolent ghosts. One of the favorite spirits is the “The Caretaker,” who guests believe will pull blankets up over them at night while they are sleeping. There are other harmless reports of handprints from unknown individuals.

According to Ghost City Tours, Innkeepers of the Magnolia Mansion can regale their guests of their ghostly experiences at the Magnolia. They have both experienced paranormal on a regular basis. They can tell stories of TVs switching themselves back on by themselves after being turned off. The first floor sees regular paranormal activity. The Innkeepers have also noted phenomenon’s with lights of the Inn turning up and down on occasions. They admit that it could be the guests changing the light settings, could be?

According to all reports, the Vampire Lovers’ Lair is the most haunted room in the Magnolia. Apparitions have been reportedly captured on camera in this room. Guests have reported reflections in mirrors and seeing other people entering the room, but then no one is there.

This inn was built in 1914 and ran a respected business for families until the woman running the Inn fell on hard times and started bootlegging. It was said that during the 1930s she would stand on the balcony, and swing a lantern back and forth to warn rumrunners when it was safe to come into the port in town. The widow has been dead for years but it is said that visitors to the Inn can still catch glimpses of a lantern in the windows or hear children’s laughter in different rooms. One guest was actually quite upset that they were not warned prior to booking a stay and became very concerned by all of the unexplained happenings during the night.

Guests that stay at the Colonel Taylor Inn B&B report that Col. Taylor and his lady haunt the halls of the 1878 Victorian mansion. Colonel Taylor was a Civil War soldier and U.S. congressman that seems to be right at home in the old mansion. Despite the mansion being “smoke-free” guests have reported seeing the smoke trail curling up into the air from the Colonel pipe. The guests have also said occasionally that beds rock or toys move. Despite the unusual apparitions that appear around the Inn the ghosts are considered to be congenial and watch over those stay at the Inn.

Inn at Aberdeen (Valparaiso, IN)

The Inn at Aberdeen is featured in the book “Haunted Hoosier Trails,” where guests report a little girl ghost, they see typically late at night on the staircase. There have been some guests and staff who have reported seeing this little girl, who they now refer to as our little girl “Angel.” According to reports, several ghost tracking groups utilized electronic devices to detect spirits and feel that they also encountered a small girl at the Inn. It is reported that a little Angel girl has messed with the guest's stuff or turn on their fireplace during their stay. The most interesting was an investigation done by Indiana Ghost Trackers. The Ghost Trackers found that a woman, Sarah Ritter, the original owner of the house and her two children died in the home. The Ghost Trackers reported that a door would open behind them in the house and they repeatedly felt the presence of a young girl in the room.

I'm a person who loves to travel and meet a lot of new people. I have found no better way to do this than staying at a Bed and Breakfast Inn.  My excitement has inspired me to develop this site as a way to connect with as many as possible to inspire them as well. I am excited to bring the fun and interesting world of B&B to you, please leave me feedback as well.  If you want to read more about me, click on my nose... 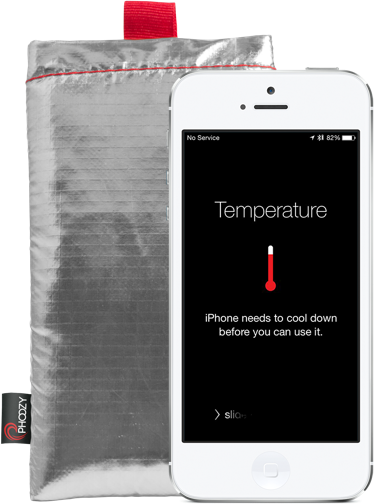 Please Log Into Your Email to Verify Your Subscription.